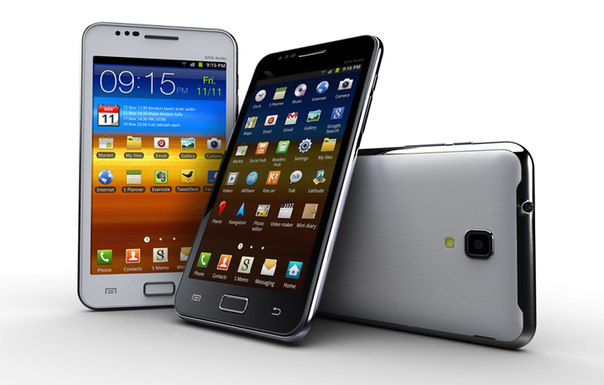 The whole two years all digital world expected an exit of a new operating system from the Canadian developer RIM and this day has come. We meet an applause - BlackBerry 10! Last night worldwide in a mode online there has passed presentation of long-awaited new OS and two smart phones working on it - BlackBerry Z10 and BlackBerry Q10. The presentation has passed grandiosely. RIM have not stinted means to transform it into the present show and to show all possibilities of new smart phones in all beauty. How many percent of the budget of an advertising campaign have been enclosed in this action, remains a riddle but that you will not make for the sake of expensive buyers.

All fans of blackberry devices could observe personally, broadcast in a mode online, unknown scope presentation in an every spot on the globe where there is an Internet. And for the same who could not look at it, we have specially prepared videorecording.

That, now it is possible to say with confidence that at iOs and Android there was a strong contender in the name of BlackBerry 10. Most likely have it is good to leaders of the market to move and strongly to try again to rise on former positions, after all it only the first step on a way to essentially new generation pocket devices. Well and admirers BlackBerry can rejoice, now at anybody language will not turn to name their unmodern.

Developers say that all seen by us is only the beginning of development of new OS and promise improbable possibilities in products of following generations. To trust them or not, remains on the discretion of everyone, but yesterday we were personally convinced that RIM not a word and business declares myself to the world of digital technologies. We will keep you informed all new events connected with this world and to help to understand with them.

Also do not forget that with our site you have a possibility to unblock new smart phones from BlackBerry Z10 and Q10 and to use them function to the full. Can agree without doubts on a gift from abroad, after all with imei-server.ru you always remain on communication.