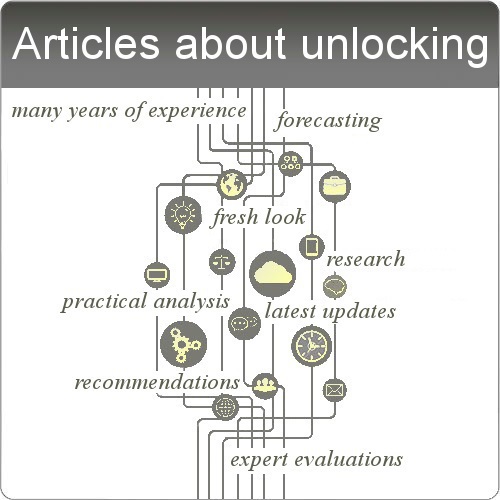 In this article, we will touch upon the issues of the "authenticity" of the unlocking of devices and consider the operation principle of different unlock methods. Also imei-server will tell you about why unlock "flies"  and what happens in fact when your order is "in the process".

First, let's talk about how things are with the unlocking of devices at the legislative level. How much are this services "legal"?

The history of unlock is such that as soon in the world appeared big companies that started to sale of locked devices, in same time appeared many smart developers, who made a lot of efforts to learn how to remove such factory lock. Initially, these were push-button phones that requested the unlock code. And this code could be calculated with the help of special equipment. A little later, the services for providing codes began to work remotely. At that time (it was about 15 years ago), the activities of companies that decided to lock devices and the activities of services that start to removing such blockage, were not regulated by anyone. Deeper work into unlock area issues, with the much higher level, began relatively recently but only in a number of countries. Currently, only in Belgium and Hong Kong, the sale of Sim-Locked devices is prohibited, and in the US and the Netherlands, operators are legally obligated to remove the lock in case of closing payments on the contract. The rest of the world continues to live according to its unwritten rules: operators block what they want, and unlockers successfully remove this blockage. Thus, by default, the device unlocking operation is completely legal. But nevertheless, this does not mean that this arrangement pleases representatives of large companies. That's where begin the "games"  between programmers of large companies and hackers from different countries.

To better illustrate the difference between different methods of unlocking, we conditionally divide them into three types:

Official iPhone unlock through the operator

Today, virtually every mobile operator has its own set of rules and instructions about who and under what conditions can provide an unlock. If you legally pay on all accounts and use the services for a sufficient period of time, your request for an unlock can be approved. So the unlock, which was executed directly by the operator, is the most "official". Such unlock never "flies" and the device unlocked by this method will never be re-locked.

The official unlock services include almost all services for devices in the status of "Clean". In such services, it is usually written that this is  "never lock" service, with guarantees for unlocking. The peculiarity of these services is also the fact that they are always available and are provided at the specified times stably and without delays. Example - USA AT&T iPhone Clean service.

iPhone unlocking from the operator with the help of the Provider

The second type of unlocking can be described as "semi-official". What does it mean? We have already talked about the fact that operators have internal instructions - which devices can be untied and which can not be. Unlock phones on an active contract, with unpaid debts or in the status of Lost - is forbiden. The internal policy of all mobile operators, without exception, clearly regulates these things. How then do services for unlocking such devices work? If you thought that a paid service for unlocking works "on contract" with a mobile operator, then you are wrong about this. 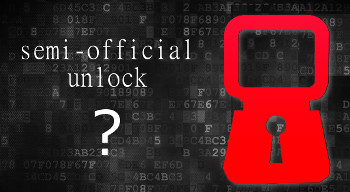 In fact, there are employees inside these same companies (usually - high-level managers, then we will call them sources), which offer unlocking prohibited devices at a certain price. They provide access to configure the operation of such services in automatic mode. For each operator - its source. It can be one or it can be several people in different countries. And the providers are already intermediaries between paid services and the source itself. Providers who are in direct contact with the sources are few. They act as mega-wholesalers, collecting orders around the world / different blocks of countries, and they never work with the final buyer. That is, the chain of sending an order for an unlock can be quite long. The more intermediaries between you and the provider - the higher the price. Ordinary users who do not know these details very often say with indignation that for some services we are "intermediaries". But the specificity of this sphere of services is such that it is impossible to work without intermediaries at all.

So how in the end we can describe the "semi-official" unlock? This is an unlock, which was provided through the operator, but bypassing the operator. Previously, such services were provided as "neverlock", until there was a massive re-locking Clean devices from the operator Sprint. From that moment, the sources refused to provide any guarantees. Then the operator was able to detect and calculate devices that were unlocked unauthorized, and to block them again. This was the first case of locking devices that were unlocked through the operator. Self-respecting providers agreed to compensate customers for the cost of unlocking. But the rules for the provision of services have changed - no more guarantees for unlock.

The peculiarity of these services: they are not always available and for such services can at any time go canceling or delaying orders. Example – USA T-mobile iPhone Blacklist service. 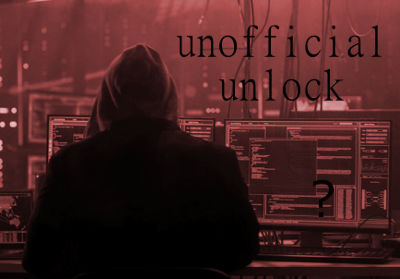 Unofficial unlocking - this is an unlock, wich was not conducted through an operator. In this case, it is an unauthorized access to the GSX database and changing / rewriting information about a particular device.

This method can unlock any type of locking, even from those operators whose unlock is considered "impossible." For example, to remove a lock from several operators at the same time, or any types of blacklist and regional locks, such as:

The disadvantage of this method is that it is always a temporary unlock, which will fly right after updating or overloading the device. Since after the detection of the bug, the original data in the database will be restored. There are no guarantees or compensations in the case of re-lock for such services.

Every year, data protection systems are increasing and there are no sources that can bypass them. This service is included extremely rarely and for a very short period of time (from a few hours to a month). Once a breach in the data protection system is detected, the service stops working. Example -  Unlock iPhone WorldWide any models any providers 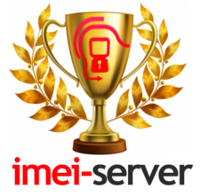 As you can see, the iPhone unlock is a complex and resource-intensive task, which consists of many stages, each of which can fail at any time. Delays or cancellations are not the result of "inaction" of a service that "failed" to resolve your issue, but a consequence of objective circumstances, due to which the provider failed to fulfill the order.

imei-server - the most discoveries and reliable service for unlocking devices. We have been working in this service since 2007 and have accumulated a lot of experience in unlocking of different brands. Stay with us, join us in social networks, follow our news and we'll tell you more;)